You would expect that the word "barbecue" comes from your favourite three words, such as the Beer, the Bar and the Cue, right? Well, may be so, why wouldn't it be?

But some believe that this word came to us from the same place, from where are the tomatoes, potatoes, corn, chile peppers, chocolate, and much more things, which you might even wonder how you ever managed without. I am talking about the lands of the Caribbean, the Southeastern corner of North America, Mexico, Central and South America and the languages of their natives.

Maybe, the Spanish conquistadors have wrongly heard the real name of the process, how the locals spelt it in the foreign language. Anyway, it was something like that, that we normally imagine when thinking of the BBQ - broiling the foods over the open fire or coals.

These are how the natives of the Caribbean islands grilled whatever they have. No veggies and tofu at all! ;-))

It also could be that barbeque actually derives from the French barbe à queue, that is, “from beard to tail”, signifying the whole of the pig being roasted. 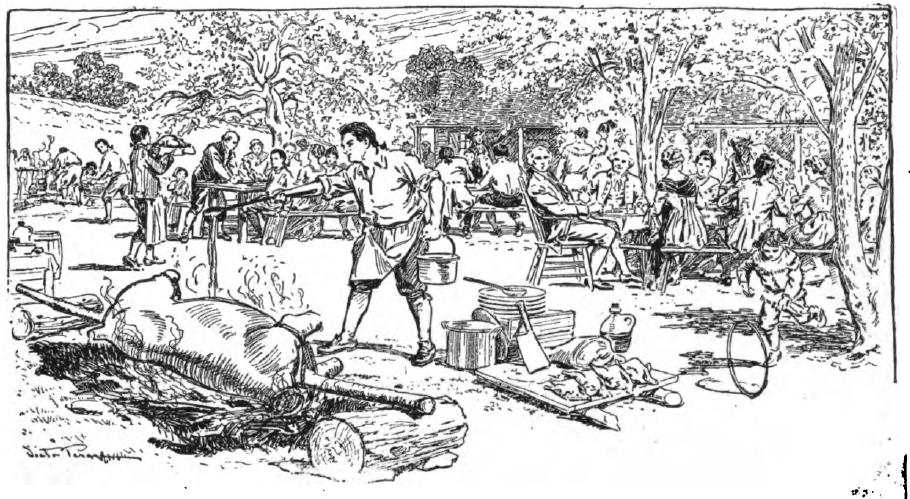 Thus, this method of cooking was known to the people from the beginning of times, where they started to hunt the wild animals and roast or smoke them over the fire so that to store them fresh for a longer. Barbecues were not common in the 1800s. They were for special occasions and events such as July 4, weddings, reunions, and especially political rallies. On October 12, 1844 The Daily Picayune of New Orleans published: "There was a mass meeting at Columbus, Ohio, recently, and something of a dinner, as will be seen by the following list of good things which were provided: 1400 weight of ham; 5700 pounds of beef, mutton and pork; 2100 loaves of bread; 500 pies; 300 pounds of cheese; 10 barrels of cider; 4 wagon loads of apples, and 25 barrels of water; with a large number of chickens, ducks, &c., occupying 1700 feet of table in the grove." 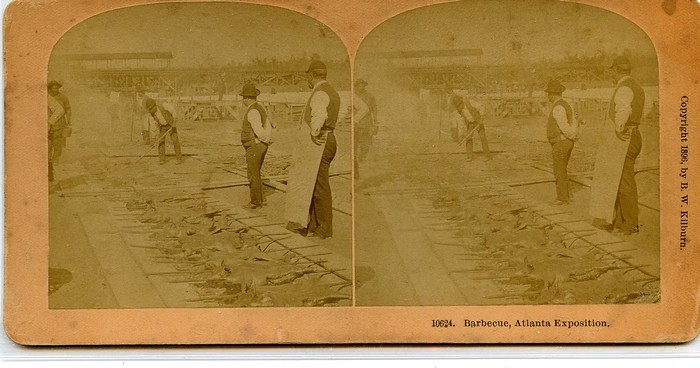 Barbeque, for sure, has a long history of dissemination, from the South of the USA. The area of the United States known as the “barbecue belt” includes Carolina, Texas, Memphis and Kansas City, which is believed to be the States, from which the BBQ traditions come, absorbed the Caribbean cooking methods, spread from the south to the north by Spanish conquistadors, and influenced by the European  cooking culture. However, the idea to add the sauce to the meat, such as the North Carolina’s vinegar-based sauce, came from British colonists, who wanted to base on the Caribbean barbeque technique but to keep the juices within the meat. And a mustard-based sauce was introduced by the French and German immigrants of South Carolina.

German immigrants also brought their traditional sauces in Texas. Memphis's inhabitants created and made it popular over there, the sweet, tomato-based barbecue sauce.

In the early 1900s, Henry Perry, born in Memphis, opened a barbecue restaurant in Kanzas City, where he offered to his guests a sweet and spicy barbecue sauce, which became the visit card of the Kanzas City style of the BBQ together with a pork-only barbecue style, although the beef and other meats have been sold there as well. 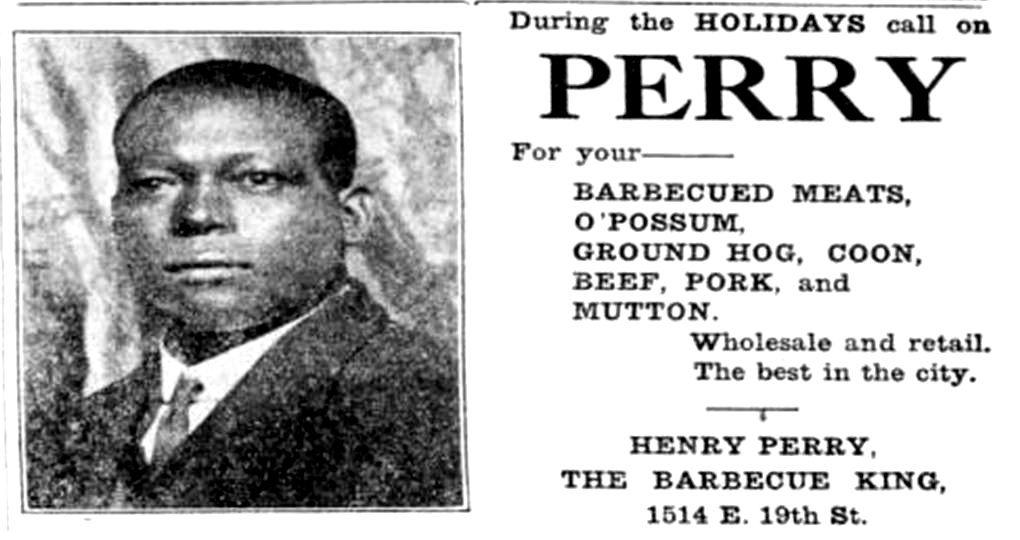 Time went by, and the people have liked this method of cooking and improved it, having created different sauces and marinades to make the meat and other food tastier and more flavoured.